The refurb’ of the old wing (originally a cottage built in 1700) into a high-end holiday let is on hold (see Sledgehammer happy – Mar 4).    When we can afford to do it, it’s going to need a lot of work, including putting in a new kitchen, 2 new bathrooms (possibly a new shower room) and acquiring a whole load of furniture.   So our plan in the short term is to rent it out.

It’s only been possible to do this since we upgraded all the heating.   When we first moved in the heating circuit for the whole house criss-crossed between both wings, and the hot water was on 4 separate immersions heaters – a thoughtless concoction built up over decades.  Thankfully the electrics were already separated.

So when we installed the biomass, we got the plumbers to reconfigure everything. Now the old wing is a fully functioning separate unit and when you turn on the taps there’s instant hot water – a luxury we have yet to experience in the main wing.

To rent it out though it still needs some sprucing up.  So we’ve invested a bit of money in some basic redecorating while making a few inroads into our longer term plan.  The wood chip in the hall has gone and the walls replastered, every room has had a coat of paint, we’ve revealed an old doorway on the first floor (which we’ll need later for our holiday let) and we’ve painted the boards white in one of the attic bedrooms – a transformation that has given us an inspiring glimpse of things to come…

Attic bedroom.  Before and after with salvaged column radiator. 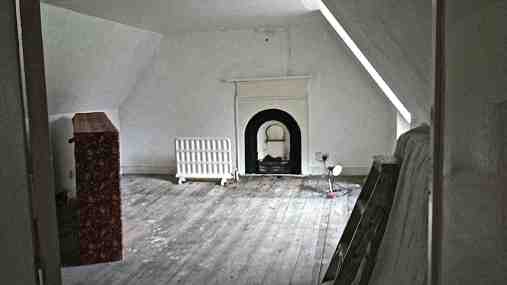 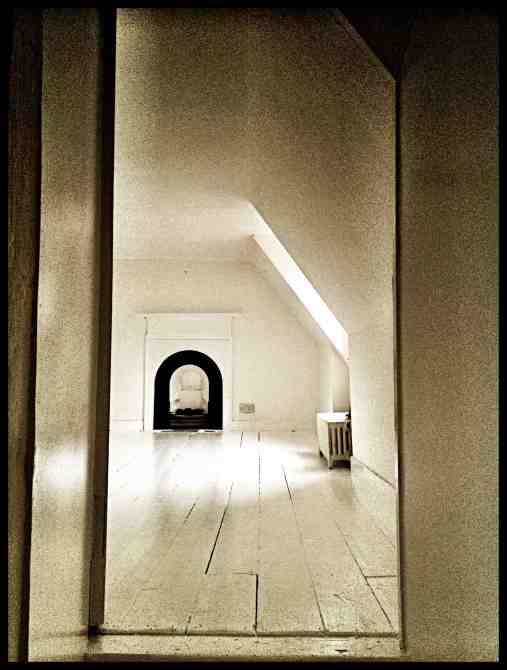 A scary crack on the top floor hall wall; it turned out to be the seam where the apex of the dining hall roof meets the roof of the old wing 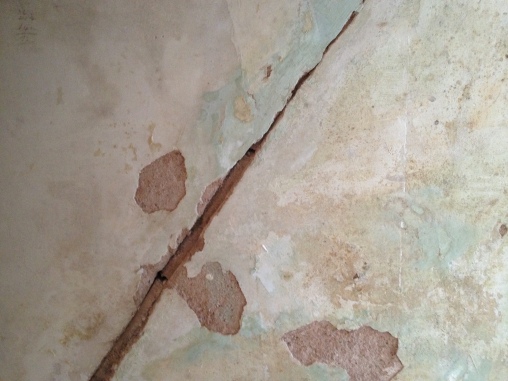